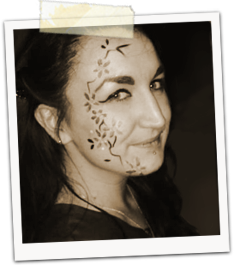 Name: Aoife Conway
Post: Hotel Liaison (Acting Steward of Accommodation. Occasional Acting Head of the Bar (Yes, that one.))
Contact details: hotel@idwcon.org
Qualifications: Bsc. Div. (Bachelor of Divination) Bsc. Twit. (Bachelor of Teleportation While In Transit.) Research Phd. in B.E.E.R. (Behaviour, Effect, Expectation, Results)
Research interests: Teleportation, Lecturer in Luggage storage, Reader in Brewing and Distillation.
Publications: “Two Places at Once - Memoirs of a Hotel Liaison”, 2015. “Jumping out at People from Behind Trees - The Art of Surprise”, co-published with Katie O’Brien, B.F. M.S. D.S., 2013. “Where am I? What am I doing here? What’s happening? - A Guide to Finding Your Way Around the Convention Hotel”, 2016.
Working Groups: AAAA (Association Against Acronym Abuse)

Academic Philosophy:
Conway has been a scholar at the Irish branch of Unseen University since it opened its doors in 2009. A local girl, she has been a reader of the works of the creator since coming upon his publications in her hometown library of Blarney, Co. Cork. It was not until quite a number of years later that she was wrangled through our institute's prestigious gates by her respected colleague and dear friend, Acting-Archchancellor Siobhán Greaney. Conway is regarded as the authority on Corkonian locales, in particular the Cork International Hotel and its surroundings. She encourages you to contact her with any academic queries or scholarly questions about the Hotel.