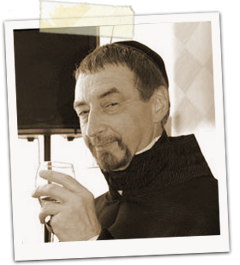 Academic Profile:
Stephen and Terry played together on Discworld for 25 years and had a lot of fun along the way. They built a city on a brownfield site, then mapped a world to put it onto. With nothing else to do with their spare time, they wrote the Companion, several diaries, another map and a cook book. Stephen also took on the unabridged audio books and has recorded more than thirty for Isis, AudioGo & Random House (UK), and Harper Collins & Random House (US), winning several industry awards that he’s secretly very pleased with. It’s plays, though, that got him into Discworld, and he’s adapted, and published, around twenty Pratchett novels, which have been staged in more than 22 countries. Although he is still cheaper than Charles Dance and Jeremy Irons, his tragedy is that the only way he can get cast as Vetinari is to direct his own plays.

As well as a couple of top secret projects, Stephen’s currently working on a fast-paced steampunk dramatization of ‘Raising Steam’.

2017 will be Stephen’s third attempt to visit the Republic of Ireland… both the others were foiled, so he has his fingers crossed. He may try to look scary/aloof/unfocused, but he's a total pussycat really. So just chat to him - like Terry, he’s happy to sign stuff at any time… unless he’s in the loo, or rushing to an event!