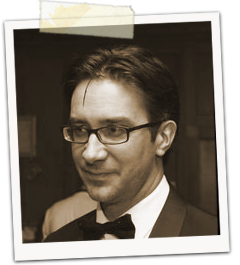 Academic Profile:
Being Terry's PA, Rob has been a central figure in Discworld for some time now, and is probably the busiest guest at any convention. No lounging around the lobby playing Werewolf for him - he's got movie producers to wrangle and top secret business calls to make. He is also 33% of the Pratchett-based production company Narrativia (which will be bringing Terry's stories to our screens in no time at all). But the best thing to say about Rob is he's really nice, super fun and is always happy to chat - at least, until the next interruption!