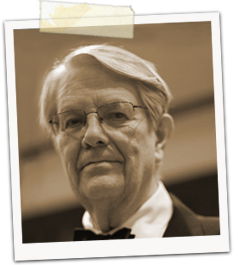 Academic Profile:
Colin Smythe is the Agent who signed up Sir Terry to his publishing company, before he was Sir Terry. He published Terry's first book, The Carpet People, in 1971, and his next four novels, before coming to a co-publishing arrangement with Victor Gollancz. When this arrangement came to an end in 1987, Colin became Terry's agent.

He started his publishing company, Colin Smythe Ltd, in 1966, and since then, the company has specialised in publishing 19th and 20th century Irish literature and criticism, Irish myths and folklore, heraldry and orders of knighthood, fly-fishing, and parapsychology. He also is agent for the literary estates of a number of Irish authors, including George Moore, Lady Gregory, and Oliver St John Gogarty. For his services to Irish literature he received an honorary Doctorate of Laws (LLD) from the University of Dublin in 1998.